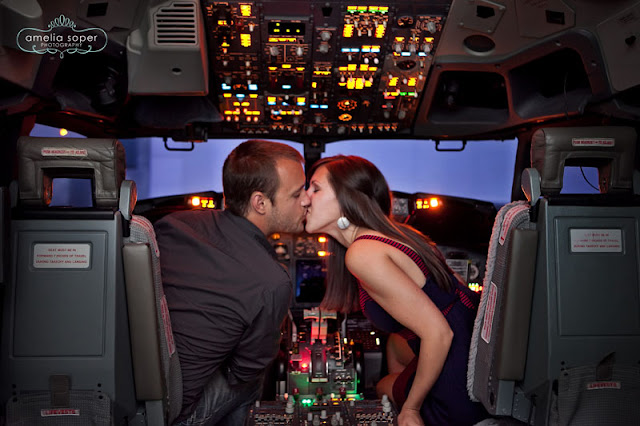 I met Aaron and Emily about two months a go and knew right away that we were going to have a lot of fun together. So far, I have not been disappointed.  First of all you should know that Aaron is one of those people that just magically gets stuff done.  Basically the lead up dialog prior to our shoot yesterday went a little like this:

Aaron: “We were thinking it’d be cool to shoot at the airport or on an airplane because we both love to travel.”
Pretty sure there is no way the TSA is letting us on an aircraft. Especially with a camera.
Aaron: “I’ve been talking with Alaska Air and I think this might work”
That’d be awesome, but I’m not going to hold my breath.
Aaron: We’re all set. Gail will be meeting us at the training facility on her day off so that we can shoot in Alaska’s training fuselage.
Seriously?!

And that’s Aaron for you.  Oh, you want me to come in on my day off so that I can show your around a secure facility even thought I don’t know you from Adam, and let you on the same aircraft where we train all of our employees?  Of course!  There is no way I could have made that happen.  But Aaron did. And the magic didn’t stop there.

When we got to the facility, Gail was running late. While waiting outside of the building for her we happened upon Bill, or rather Bill happened upon us.  Bill also works at the training facility and took it upon himself to ask if while we were waiting we might want to shoot inside their flight simulator.  Um, yes please!

While, needless to say, we had an awesome day of shooting inside, with such a gorgeous day outside we decided to end our afternoon of fun at Greenlake.  Really, how many couple do you know that would wade into a lily pad bog for some great photo ops?  I was so blessed to be able to shoot at such awesome locations with two amazing people!

I want to thank you two for showing me such a fantastic time and for feeding me cookies when I had a tummy ache.  🙂  I can’t think of two more awesome people I want to share an afternoon at the courthouse with next month!!! 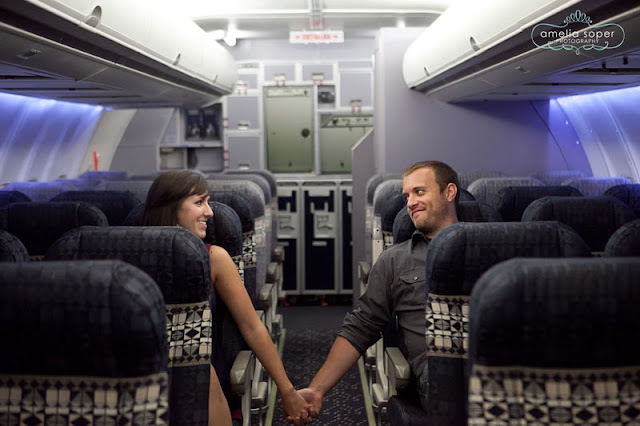 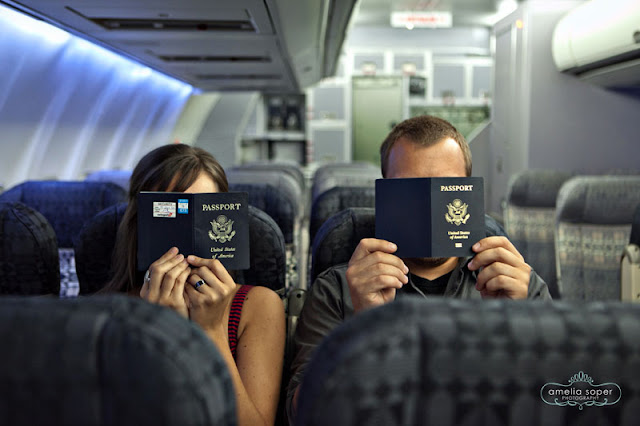 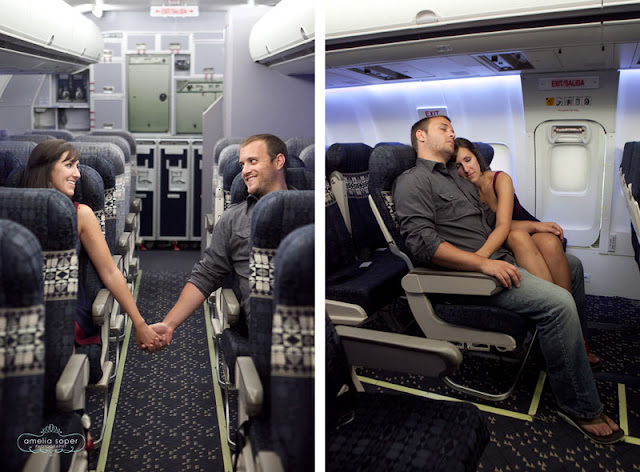 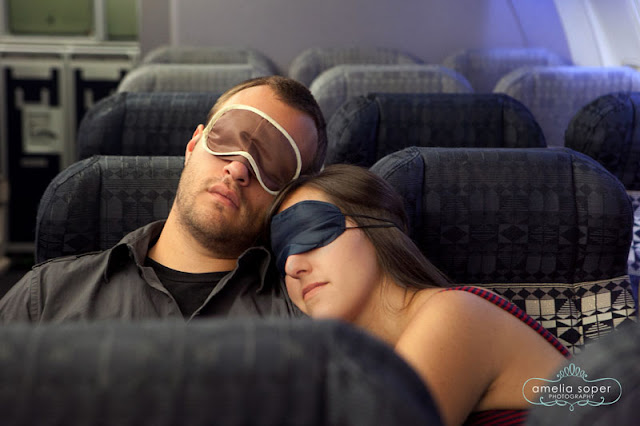 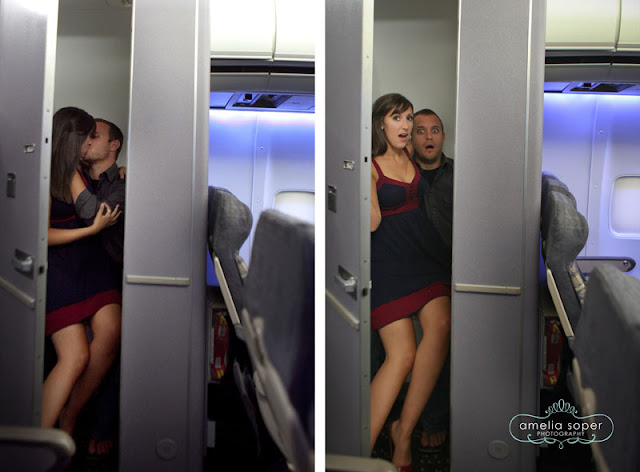 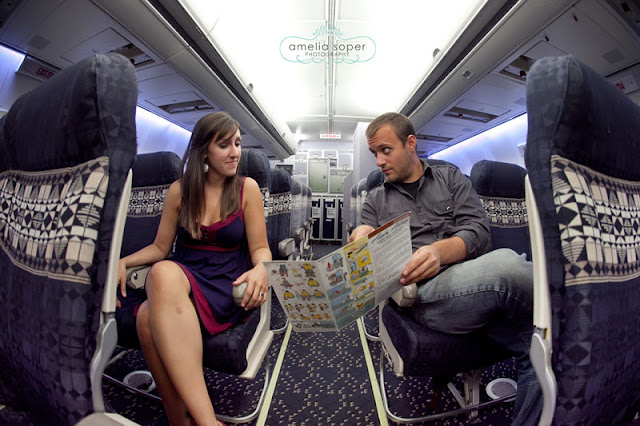 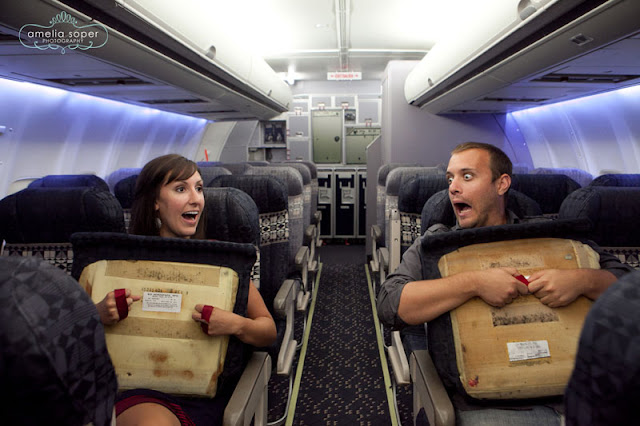 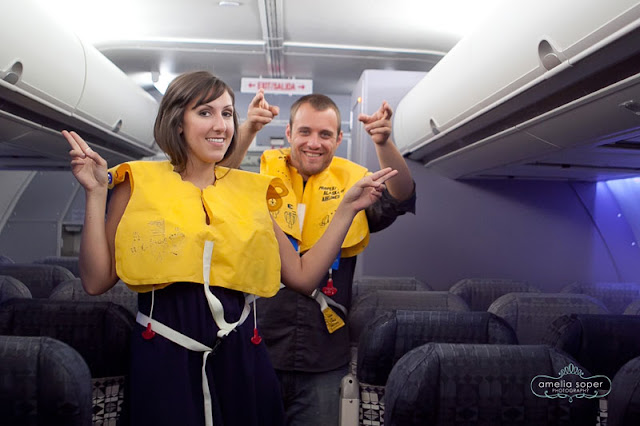 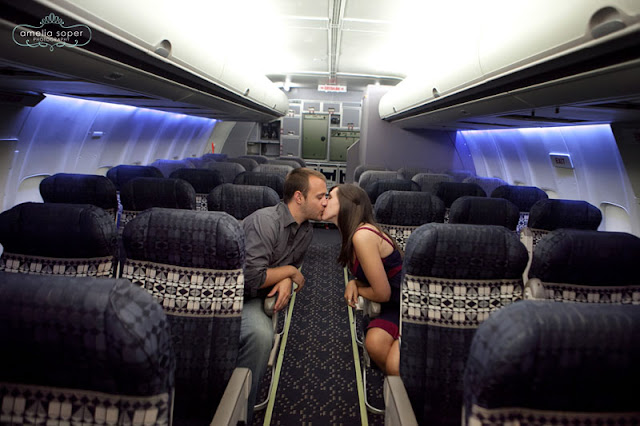 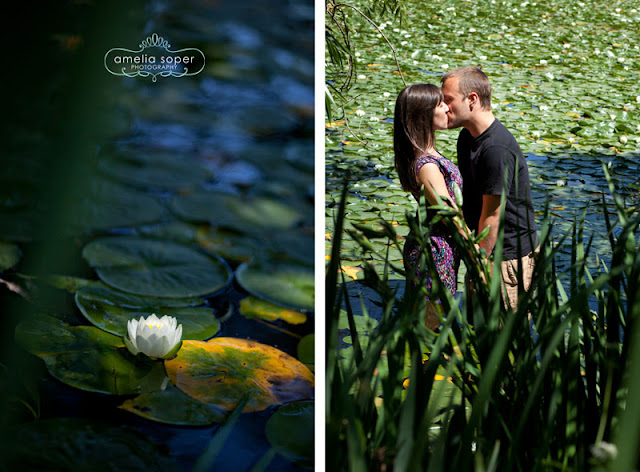 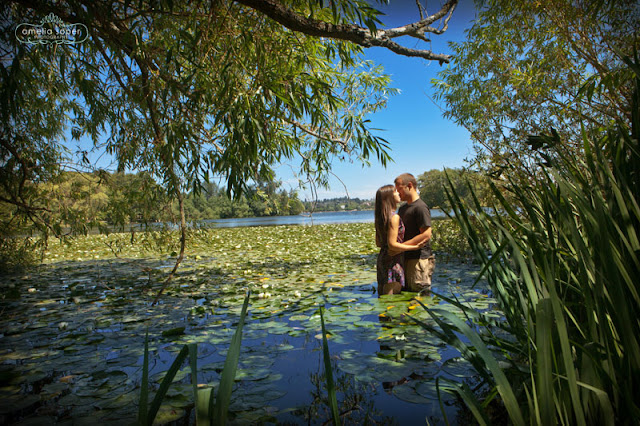 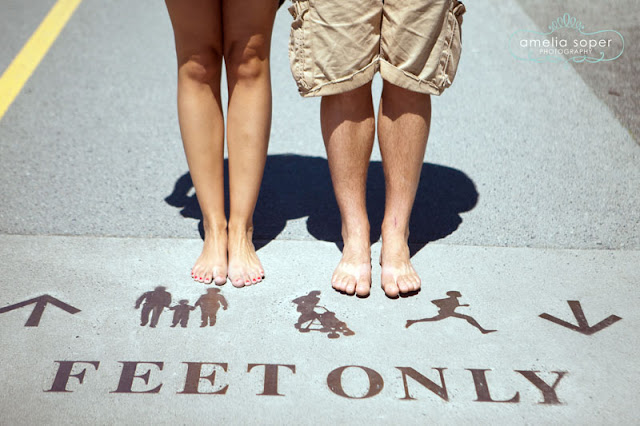 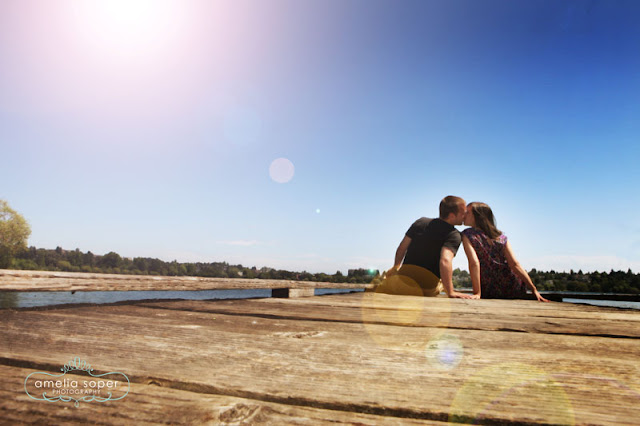